Escalades are the driver’s SUV. They’re decked out in luxury and comfort, and pretty much everything you’d imagine a SUV by Cadillac would have. They are also sharp looking vehicles that anyone would be happy to be seen driving — that is, when they leave the factory. Sometimes, they fall into the hands of an eccentric owner and that’s what this list is all about!

Pink and Chrome Will Get You Home 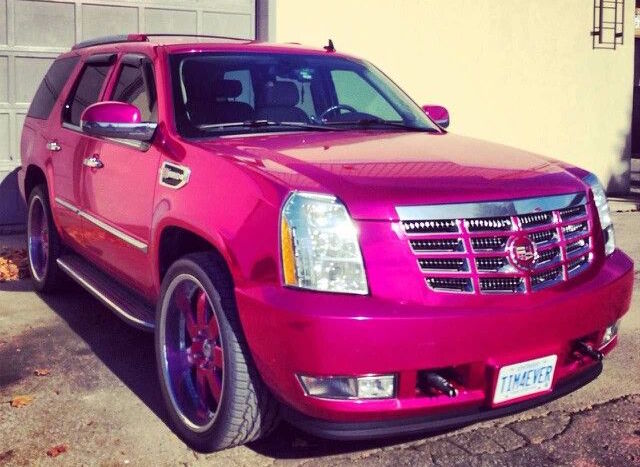 This Cadillac Escalade isn’t going anywhere unnoticed! We’re not sure, but we think the owner might like the color pink, just a little bit more than the average person. Setting off the pink are the chrome accents throughout, making it quite the sight. It’s curious that the owner didn’t get a chrome tailpipe to finish it off, but maybe they didn’t want to go too over the top. The good news is, the finish is just a wrap, so whoever gets it next won’t have to drive Barbie’s dream SUV, unless they want to! 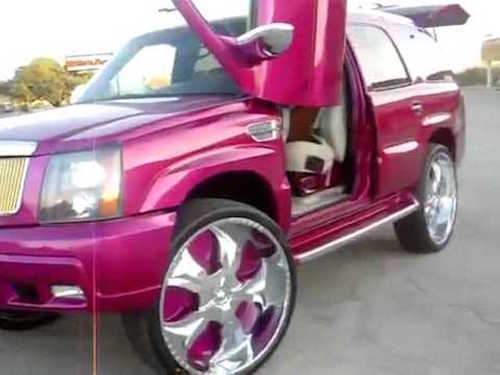 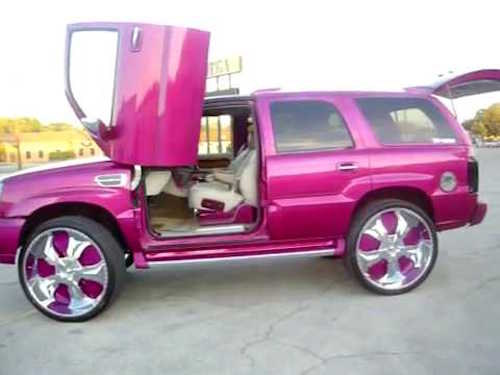 Just in case pink wasn’t getting enough attention, this Escalade takes things to a new level, dare we say, escalates it. Have your pink with a side of what appears to be 30” spinners (don’t quote us!), throw in a set of lambo doors, and here’s the result. It also appears to have a gold plated grille, giving it somewhat of a cheap handbag look.

That’s enough pink for now, let’s throw it over to a baby blue Escalade, with some pretty far out customizations. This Caddy is sporting some unknown body kit/conversion, and a total pastel “blue out” from the paint to match front grille(s) to the wheels. At least the windows are dark enough so no one will see you if you have to drive it.

It’s Having an Identity Crisis 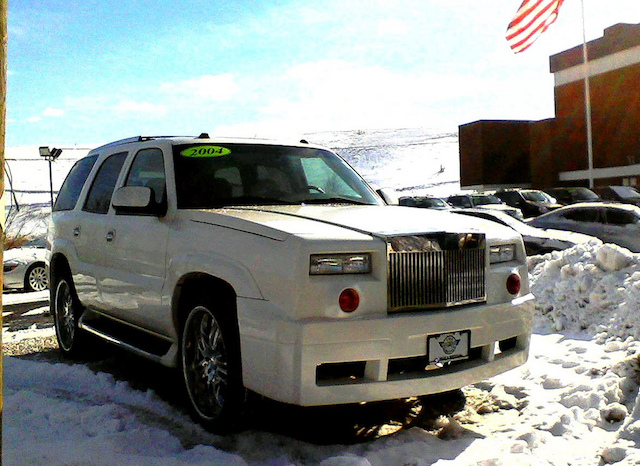 Someone went way too far with their customization. This Escalade is so terrible, the snow wouldn’t even touch it. One can’t help but wonder the story behind this Rolls-Calade, but the world may never know. 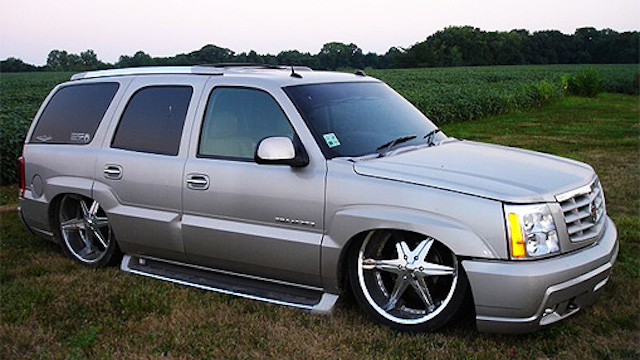 What do you do when you buy a new Escalade? Lower it as low as it can possibly go, and take it out into a field for a photoshoot! This unique Escalade actually looks pretty mild compared to the rest on the list, but the wheels (or at least one) looks “stanced”, so maybe not…

Escalades offer everything a driver could want out of an SUV, even the possibility to turn it into one of these builds above. If that’s your vision, don’t be afraid to go crazy with it — these people sure weren’t!