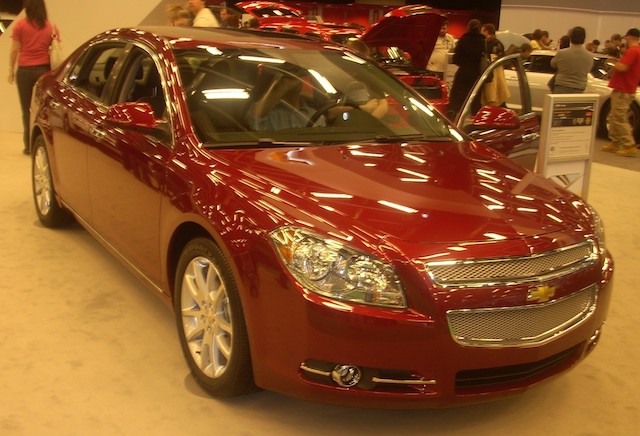 Many consider the transmission the most important part of a car, partly because it’s one of the most expensive parts to repair or replace. While it’s extremely important to maintain every part under the hood, the transmission needs a little extra TLC if you want to keep your car in tip-top shape.

You know what they say: knowledge is power. Simply being aware of the most common 2010 Chevy Malibu transmission problems and taking preventative measures goes a long way.

The self-destruction of a transmission is one of the worst things a car owner could experience on the road.

Unfortunately, many 2010 Malibu owners have gone through this around the 98,000-mile mark as reported on CarComplaints.com, and the average repair cost is $3,142.

A few owners revealed the issue that led to the demise of their transmission: a broken wave plate.

The only way to get your Malibu back on the road after your transmission quits on you is to either replace it or rebuild it. We suggest replacing it because, even though a brand new transmission under warranty is slightly more expensive, it’s still a much safer investment than a rebuilt transmission.

How to prevent this problem: The wave plate breaking is due to the transmission handling a high number of shifts. It's why this issue normally happens after your Malibu has a whole lot of miles under its belt. In this case, prevention is key. Have your wave plate replaced before it reaches 90,000 miles. $83 for a new plate kit is far cheaper than a hefty $3,500 bill for a new or rebuilt transmission.

2. Failure to Shift Into Gear

Can you imagine the overwhelming stress that goes along with driving a car that refuses to accelerate while on the road?

Some 2010 Malibu owners can tell you from firsthand experience. This is actually a symptom of a broken wave plate, and if gone unchecked for some time, it may lead to complete transmission failure.

According to the fellow 2010 Malibu owners at CarComplaints.com, this issue may rear its ugly head around the 64,800-mile mark and the best way to handle it is to immediately take your car to a mechanic and have your transmission rebuilt with a new plate kit before any further damage is done.

How to prevent this problem: Replace your wave plate ahead of time and treat your transmission gently, especially in extremely cold weather.

If your 2010 Chevy Malibu takes forever to accelerate and either jerks forward or takes off like a rocket when it finally does so, there’s something wrong with your transmission.

A user at CarComplaints.com compared the jerking-forward feeling to being rear-ended. The general consensus over there is that this problem occurs at nearly 114,000 miles.

How to prevent this problem: Routinely monitor your transmission fluid levels during and in between oil changes. Replace or refill the fluid whenever necessary.

With a severity rating of 10 out of 10 on CarComplaints.com, this problem can bring dire consequences if not fixed in a timely fashion. A fellow 2010 Malibu owner reported that her mechanic found large chunks of metal in the transmission pan after she brought her car in to address this issue at only 29,000 miles.

When your transmission jerks while shifting gears, it’s usually because the transmission fluid levels are too low. If this problem persists after you flush out and refill the fluid, seal any leaks, and replace the clutch plates, try getting your transmission a new filter as the old one may be clogged.

How to prevent this problem: Routinely monitor your transmission fluid levels during and in between oil changes. Flush out or refill the fluid whenever necessary. Replace the transmission filter as recommended by the owner’s manual.