Does your GM vehicle have the 5.3L V8 with variable displacement technology called Active Fuel Management (AFM)? If so, it may be causing your engine to consume oil at a faster than expected rate.

Many consumers have complained about oil consumption rates on GM engines with AFM. In this article, we'll talk about what's happening, why it's happening, and what you can do to fix it.

How the AFM System Works

The Active Fuel Management (AFM) system is also known as "cylinder deactivation." This technology allows the engine to disable half of the engine's cylinders at lower RPMs, reducing fuel use. AFM usually kicks in under light-load conditions, and it’s been shown to improve fuel economy by up to 7.5%.

While the AFM system has been shown to improve fuel efficiency in testing, it has some long-term issues that have plagued consumers: 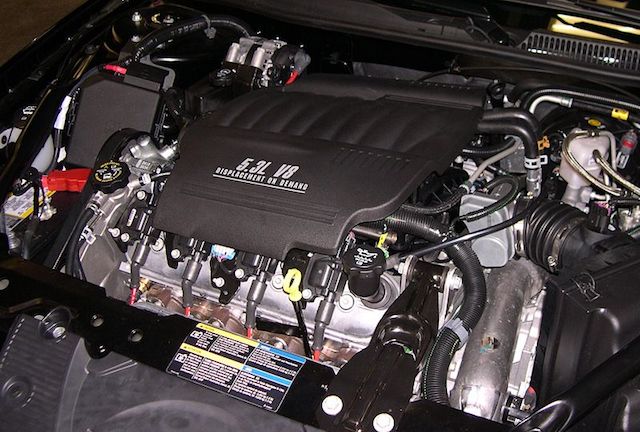 Now, to be fair: Not every GM 5.3L V8 has problems with AFM. Many consumers report a trouble-free ownership experience. Still, AFM problems exist.

How The AFM System Can Cause Excessive Oil Consumption

The AFM excessive oil consumption problem usually crops up on vehicles that go on long highway drives. These kinds of trips don't put much stress on the engine, so the AFM system deactivates pistons. To keep these pistons cool (they're still moving up and down in the cylinder, so they need cooling and lubrication), the AFM system sprays oil onto the pistons via a special oil pressure relief valve.

However, if the pistons are nice and warm from use (say, they spent a few minutes getting up to full operating temp during some aggressive city driving), the oil that's sprayed onto them can 'cook' and cause build-up on the pistons and (more importantly) the rings. Once ring build-up exceeds a certain level, oil consumption begins. Then, at a certain point, excess ring and cylinder wear can lead to engine damage.

After producing engines with AFM for a few years - and learning of oil consumption problems - GM developed a partial fix. A shield was added that keeps the oil from being pushed out and sludging up the pistons. While this fix has decreased the volume of complaints about the AFM system, many GM vehicle owners are still experiencing excessive oil consumption.

In an effort to try and keep the AFM system from causing long-term engine damage, many GM vehicle owners have turned to the after-market for help.

While this solution isn't officially endorsed by GM, it doesn't take much Googling to find first-hand testimonials from GM 5.3L V8 owners who have used these tools and come away satisfied.

NOTE: After-market tuners don't technically violate your vehicle's warranty. However, if the tuner isn't configured correctly, it can lead to damage. Any damage caused by an after-market part is NOT covered under warranty. So, it's a good idea to buy a tuner from a proven and trusted after-market company.

We say this not to excuse GM, but to explain that - for a time - a lot of automakers viewed cylinder deactivation systems as a good feature. Sometimes, vehicle features need some real-world testing and experience before they can be evaluated.

Have you ever been plagued with this problem? Did you try one of the two solutions we suggested? If so, did it work? Please tell us all about it on Facebook!