Every single car Cadillac puts on the street pretty much exceeds everybody’s expectations in terms of style, luxury, safety, and reliability. There are a few Cadillacs, however, that stand out above the rest.

Not only do they possess all the wonderful qualities Cadillac is famous for, but they’re also incredibly unique and rare. Let’s take a look at seven of them: 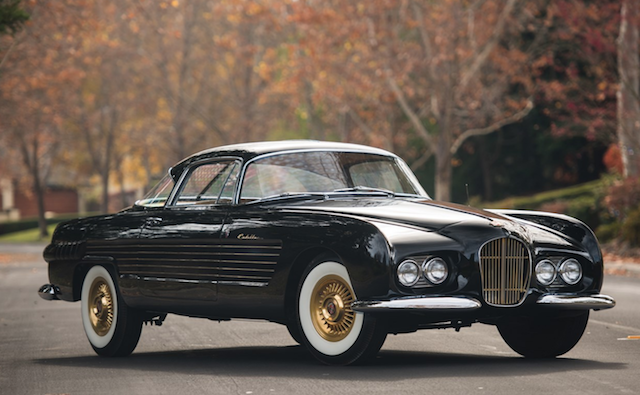 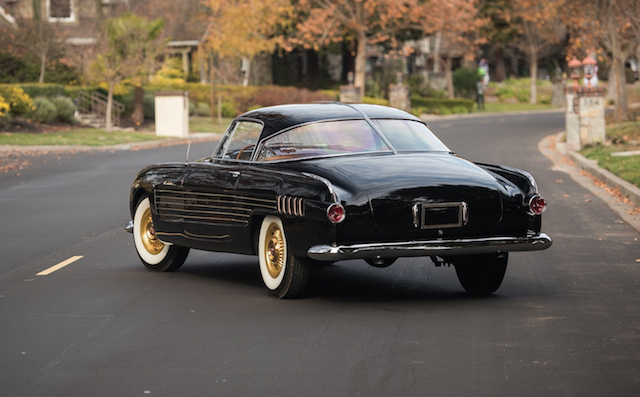 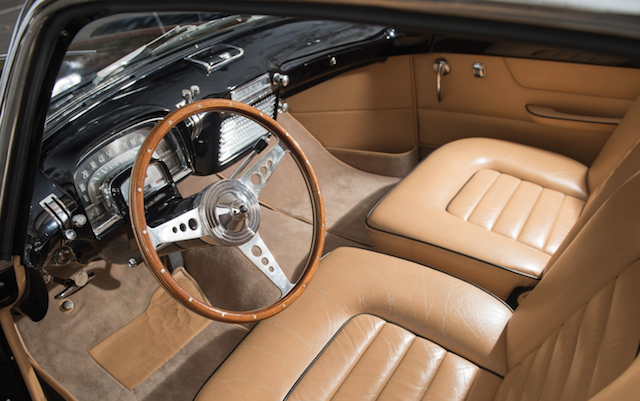 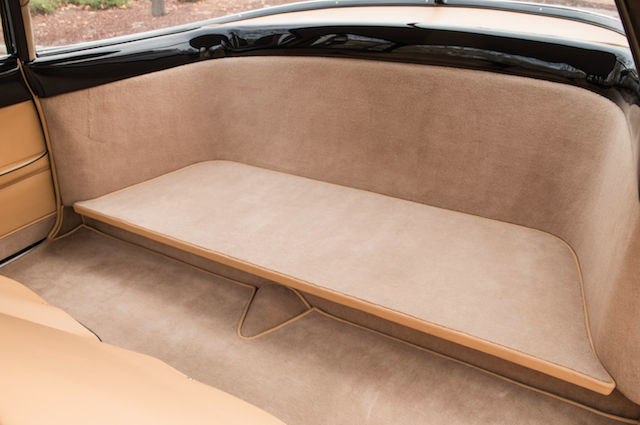 This beaut is pretty well known in the Cadillac scene. It was designed and built by famous Italian coachmaker Ghia. In fact, they produced only two units of this model. If that isn’t rare, we don’t know what is.

When famous California-based car restorer Mike Fennel restored one of the two Series 62 Ghia coupes to have ever come into existence, it was a pretty big deal. This car was featured in several magazines, including the summer 1991 issue of Exotic Cars Quarterly, and it sold in a recent auction for nearly $1.5 million. 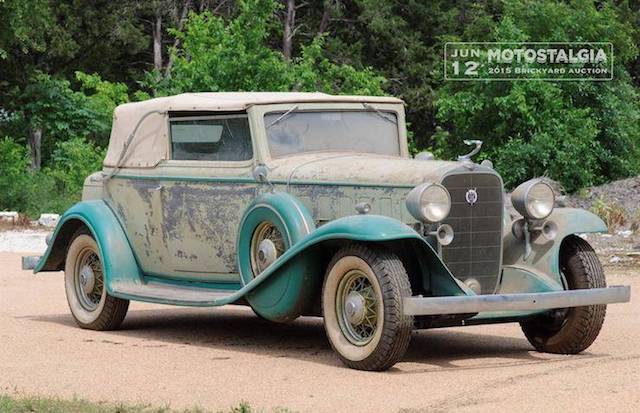 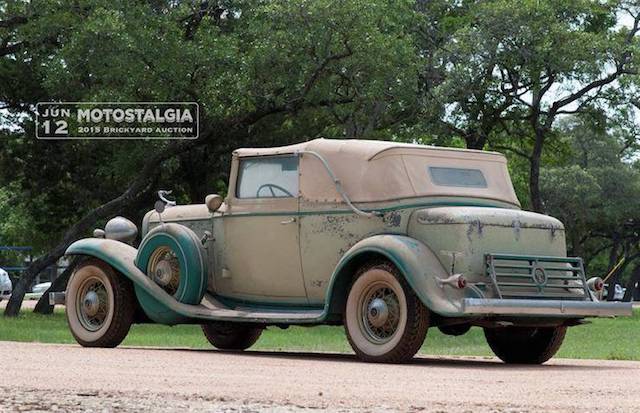 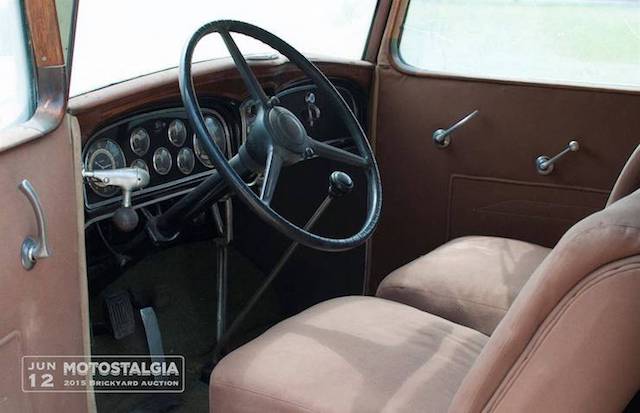 A guy named Jack in the Austin, Texas area kept five well-preserved pre-WWII automobiles in a warehouse behind his house for 40 years. Three of them were Cadillacs. In 2015, he decided to auction them off.

Described as the “Holy Grail for a car guy” by Motostalgia Auctions founder Antonio Brunet, this Cadillac was the most valuable of the bunch. Cadillac produced only four of these Victoria convertibles and this is one of them. In fact, it’s the only one with a V12 engine. It ended up selling for $308,000 in June 2015. 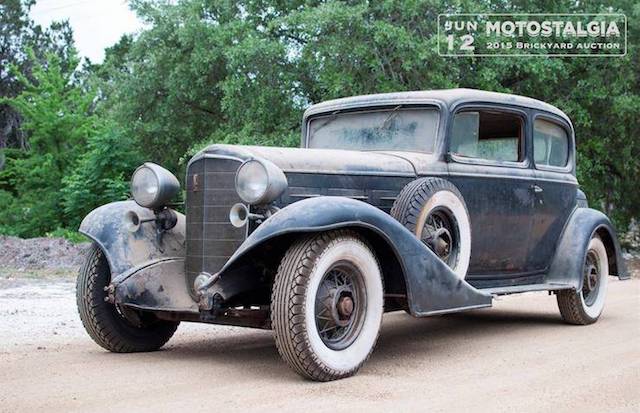 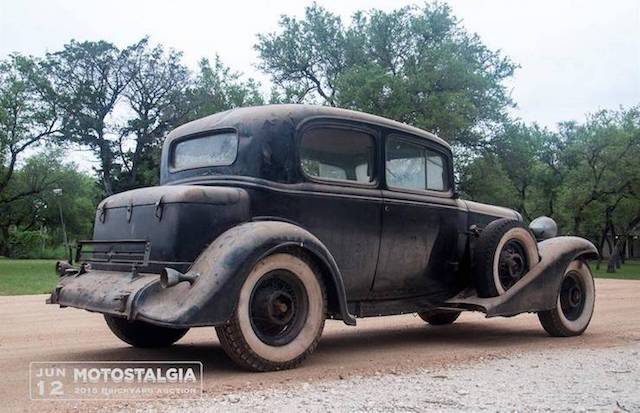 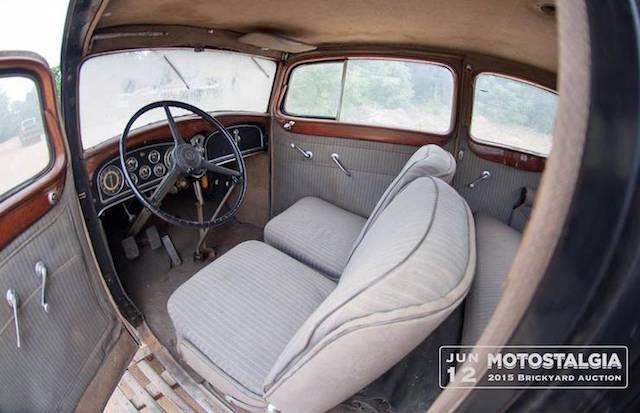 This Town Coupe is another well-preserved Cadillac in Jack’s collection. It’s somewhat more common than the Victoria convertible, as there were 952 units built in 1933, but it’s still incredibly rare. It’s powered by the original 368 cubic-inch V12 motor and three-speed manual transmission, both of which still work! It has seen better days, but its low mileage (just under 65,000 miles) and rarity made it an attractive piece at the auction. It ended up selling for $55,000. 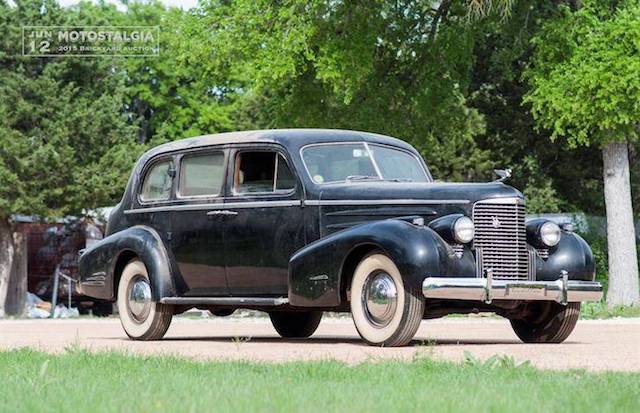 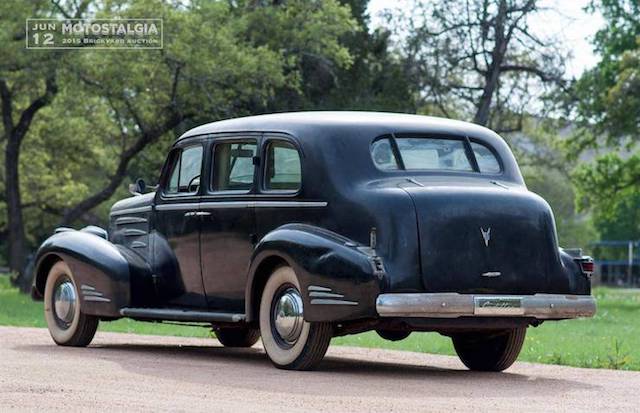 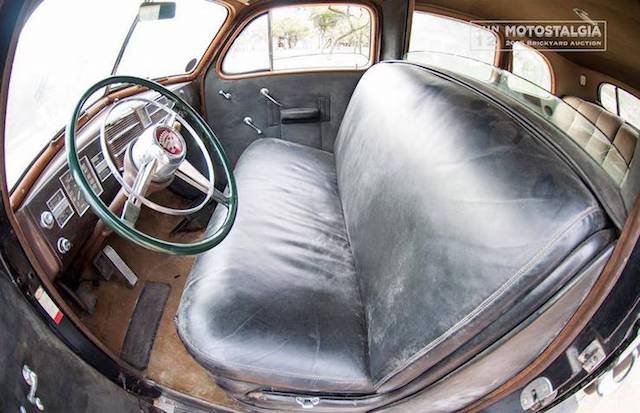 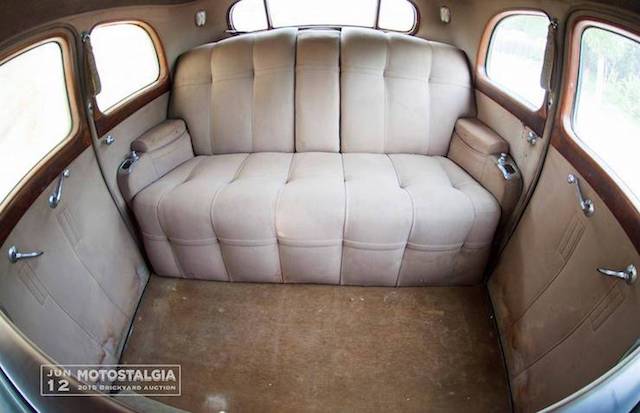 The third well-preserved Cadillac in Jack’s collection, this limo was custom built for the Wrigley family. Yes, that family. The limo was supposed to seat up to nine people, but the original owner wanted the limo just for himself and his wife, so Cadillac skipped the jump seats when building this car.

This limousine, which is powered by a V16 engine, is a “great car”, says Brunet. “It really speaks to the eccentricity of Cadillac in American life.” Apparently others agree with him, because this car sold for $46,750 in June 2015. 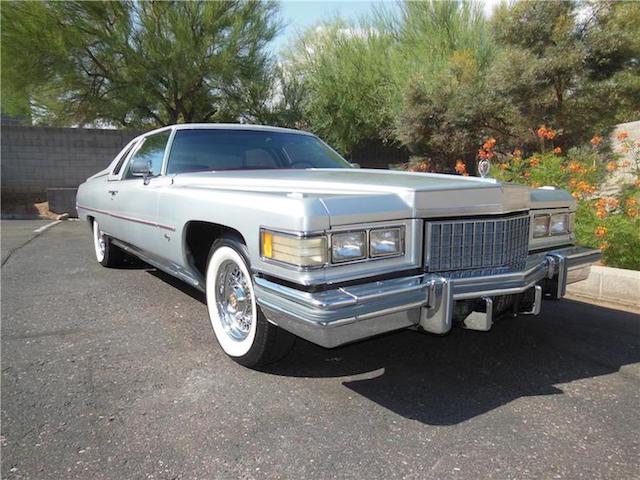 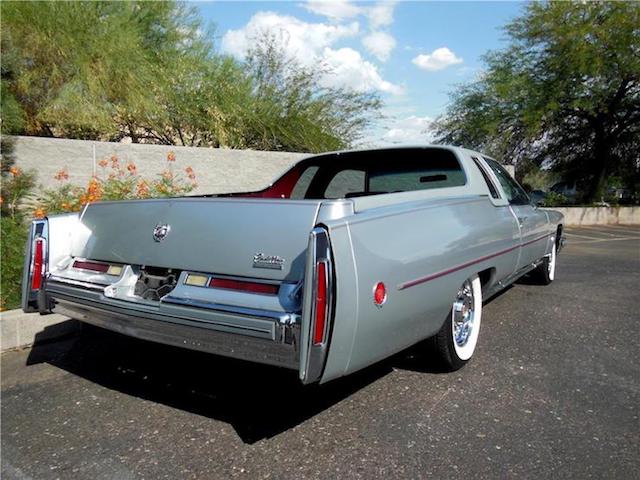 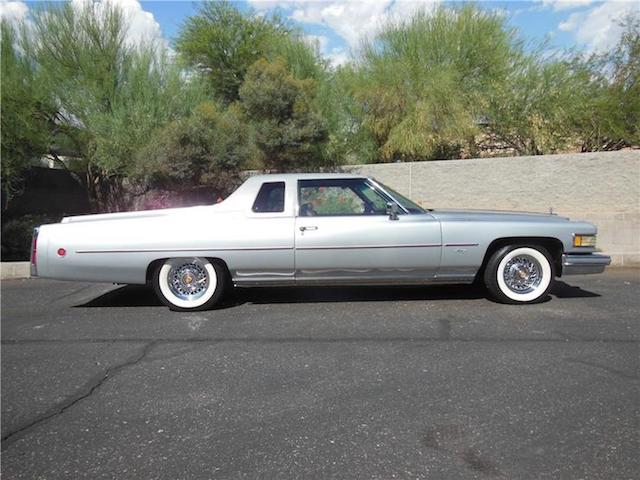 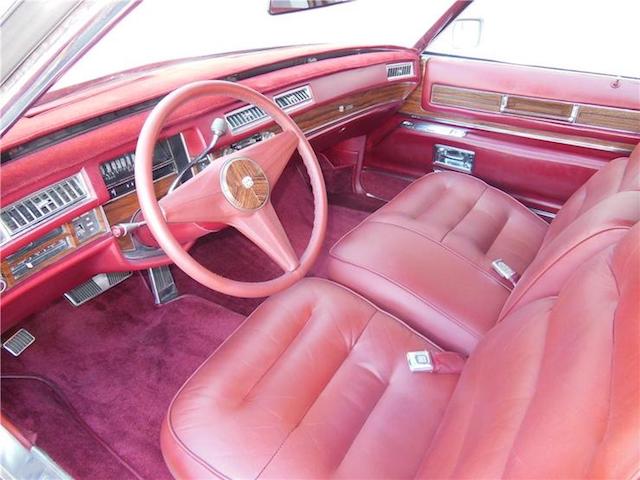 Yes, you’re looking at a Cadillac version of the El Camino. Made by Traditional Coach Works and sold at participating Cadillac dealers in 1975 and 1976, this unique model is called the Cadillac Mirage. Some say it’s the granddaddy of the Cadillac Escalade EXT. Only 204 of these were ever made, and it sold at a Barrett-Jackson auction back in 2014 for $44,000.

Famous car builder Gene Winfield worked at Traditional Coach Works, which was located near Los Angeles, in the mid 70s. He took the Cadillac Coupe de Ville and converted it into a pickup truck. Today, the Mirage is a collectible for several reasons: it’s created by Gene Winfield, it’s rare, and it sports a unique upscale design. 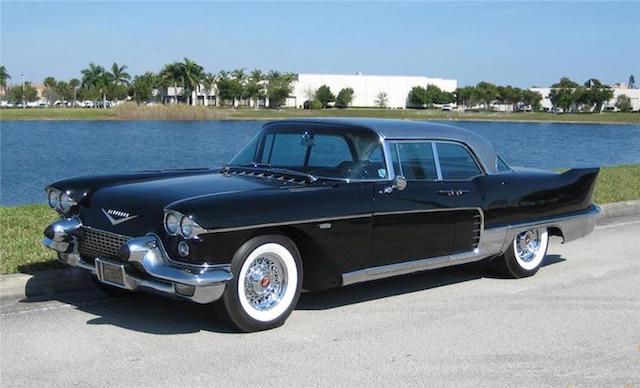 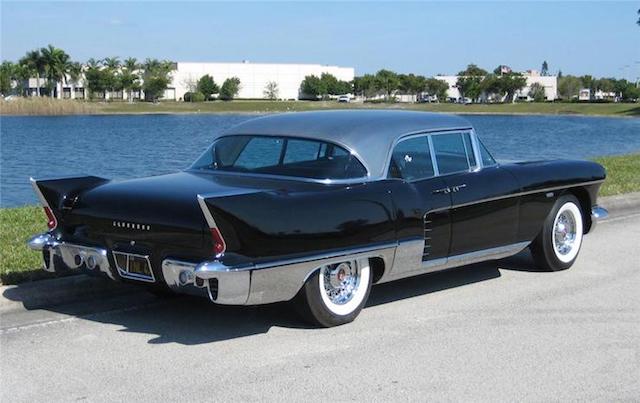 This list wouldn’t be complete without this car, as it helped shape Cadillac into what it is today.

This beaut is an important piece of Cadillac history because it’s (relatively) the most expensive American car ever built and arguably the most lavish Cadillac ever made. Because it’s loaded with all the upscale features and gadgets one could find in 1957, Cadillac reportedly lost $10K on each unit they made. However, it was worth it because this model alone enhanced Cadillac’s reputation for unique styling and advanced engineering.

The Eldorado Brougham was too expensive for the average car buyer back in the late 50s, but it still inspired them to buy Cadillacs within their price ranges. Pair the car’s extremely luxurious nature with the fact that Cadillac produced only a handful of units, and you’re looking at the most desirable post-WWII collectible Cadillac. Barrett-Jackson sold this one in 2008 for $143K. 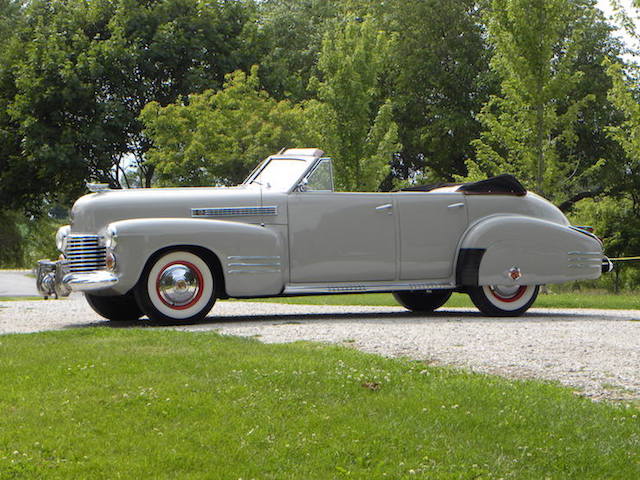 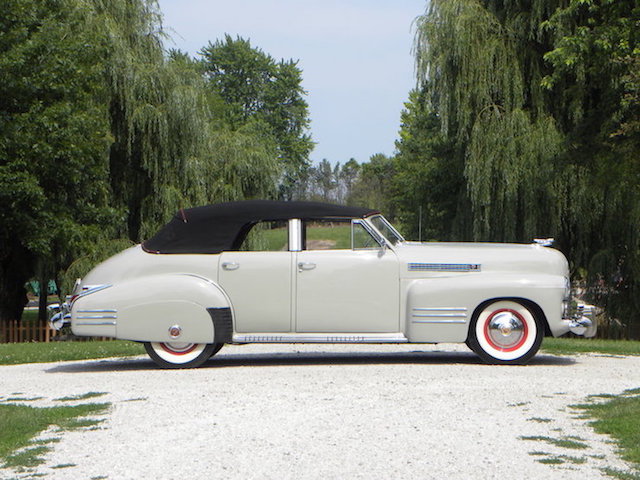 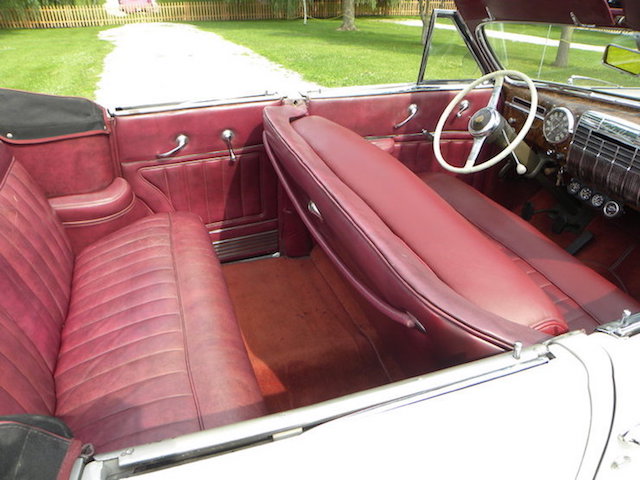 If you’re in the market for a rare Caddy, have we got the perfect one for you! This 76-year-old sedan was restored 15 years ago and is now on the market for $46K. The seller is Volo Auto Sales, which is located north of Chicago. This rare 4-door convertible still has the original body, fender skirts, and medallions. Some upgrades were made, like the black Harts cloth top and the red leather upholstery. Not only was this car rare to begin with, but it’s even rarer to come across one in such a pristine shape today.